Shore St. Automotive – About Us

We Do It Right The First Time

Greg was born and raised in Ottawa. He pursued a career in the motor industry as an automotive technician and excelled in his chosen trade, gaining his certification in 2009. He worked at a range of dealers around the Japanese manufacturers, Suzuki, Honda, Nissan, etc. He started work at Ottawa Jaguar Land Rover in 2010 and quickly became a valued technician there gaining many prestigious awards along the way, including Master Automotive Technician certification with the National Institution for Automotive Service Excellence (ASE) in 2012, Jaguar Master Certification in 2014, Land Rover Master certification in 2016, Greg achieved 100% Fixed Right First Time and ranked 1 in Canada for Jaguar Technicians, Greg was also selected to compete in the Jaguar Guild competition in 2016. 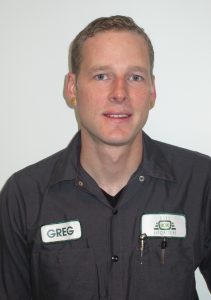 Scott grew up in Scotland and had a keen interest in cars from an early age following on to starting an apprenticeship in 1986 as an automotive technician. During his remaining years in Scotland, Scott gained his certification for his chosen trade and worked at a variety of dealers gaining a tremendous amount of experience in all makes of vehicle including most notably Land Rover, Jaguar, and Rolls Royce to name a few. Scott worked on many classic vehicles including MGB’s, original Mini’s, Jaguar E-Types, Triumph Stag, TR6 and 7. Scott also spent several years working in a college environment training youths in the skill of automotive repairs and maintenance.

Scott immigrated to Canada with his family in January 2010 looking for a new challenge and immediately started working for the Jaguar Land Rover dealer in Ottawa, he continued there until August 2016. During this time, Scott achieved gold certification on Land Rover, silver on Jaguar and completed many complex diagnostic tasks and major repairs. 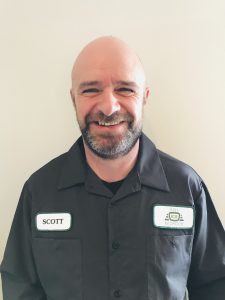 Gabe is from Quebec City and speaks fluent French, he’s our newest and youngest member of the team here at Shore St. Automotive. We are very lucky to have him, having served his apprenticeship at Ottawa Jaguar Land Rover, while he was there he received factory training on all the latest technologies within the JLR line up. Gabe just recently achieved Journeyman status after passing his Interprovincial Red Seal test with flying colours!

Gabe is a very keen off roading enthusiast which fits well with one of the brands he is working on  day to day, unfortunately his loyalty lies with the JEEP brand but we are working on that! He is also a very active member of the Eastern Ontario Trail Blazers. 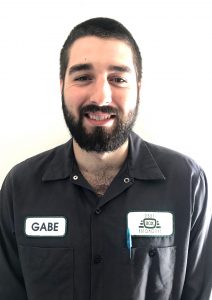